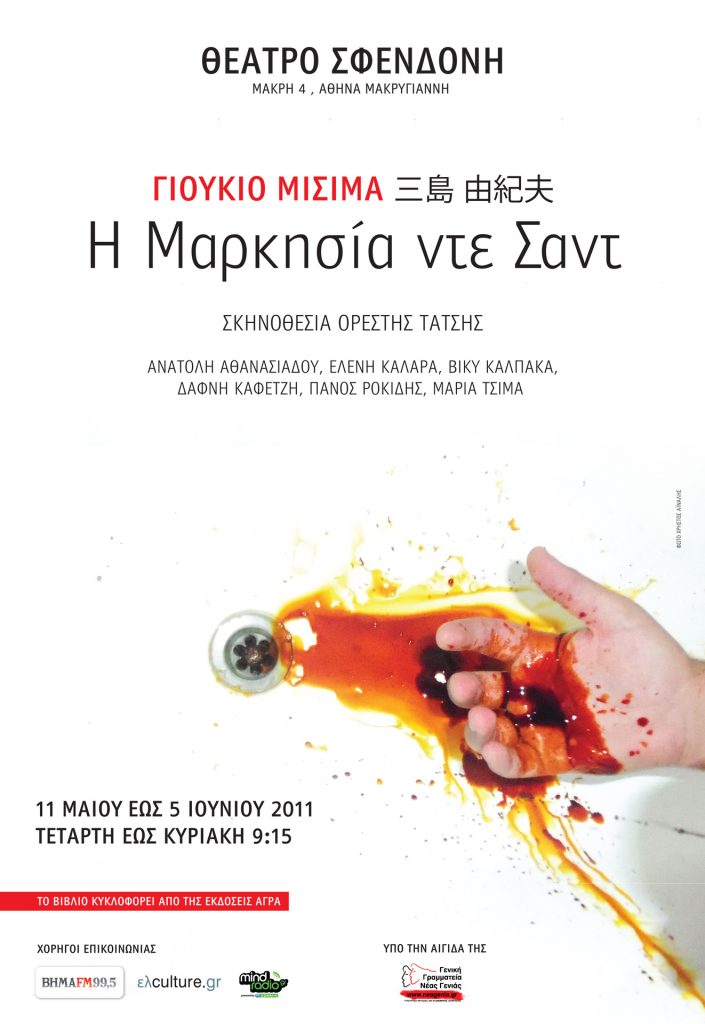 The play takes us through two historical events happening at the same time: Marquis de Sade’s longtime imprisonment, a result of accusations of immoral sexual practices, and the years before the start of the French Revolution as well as the first months after its outbreak.

With the French Revolution as the backdrop, an event that was to change the western world, Mishima brings together six women, six different personalities, on a conversation about ethics, morals, societal norms and freedom. While Marquis de Sade never actually appears in the play, his extreme and noncomformist personality acts as the ideal catalyst that brings Mishima’s six heroines to a clash while striving to discern the limit between prudishness and dignity.